Ryan’s trip report is now online, packed with the usual great photos and annotated checklist. Also, read about the finding of the most southerly record of Many-coloured Rush Tyrant discovered on our tour! You can see the tour report HERE
Why not come and join us in 2020?

In early January we ran an impromptu trip to Estonia where we came very close to seeing our main target, the elusive Eurasian Lynx! We were a little unlucky with the weather and though unsuccessful with seeing Lynx other mammal highlights included Pine Marten and Racoon Dog. Birds also featured highly with great views of Hazel Grouse and Ural Owl. We learned much about Lynx and our local guide clearly knows the forest inside out and the movements of the Lynx. We will return in March!

Our August tour to Mongolia is now available to view, packed full of photos and a full species checklist. You can see it HERE

Our July tour to Mongolia is now available to view, packed full of photos and a full species checklist. You can see it HERE

Ryan reports on the recently returned Wise Birding tour to Chile:
“The inaugural Wise Birding trip to Chile lived up to expectations with stunning wildlife throughout from the Andes, to the Pacific, to Patagonia. The Andes were spectacular, providing a stunning backdrop to some special birds including Magellanic Woodpecker, Crag Chilia, White-throated Tapaculo and of course Andean Condors. The pelagic was incredible with huge numbers of birds including 5 species of Albatross while Pumas (12!!) and King Penguins stole the show in Patagonia, a fantastic end to the trip.”
You can see some photo highlights from this tour HERE

Our July tour to Uganda is now available to view, packed full of photos and a full species checklist. You can see it HERE

We have just returned from our second Mongolia Tour and what a tour!
We had incredible views of a Snow Leopard at a range of under 300 metres for five hours which was clearly the tour highlight for everyone. As well as two fabulous day Pallas’s Cat encounters! See videos of both below…..
We saw a total of 31 mammal species including Marbled Polecat and two daytime Wolf encounters! 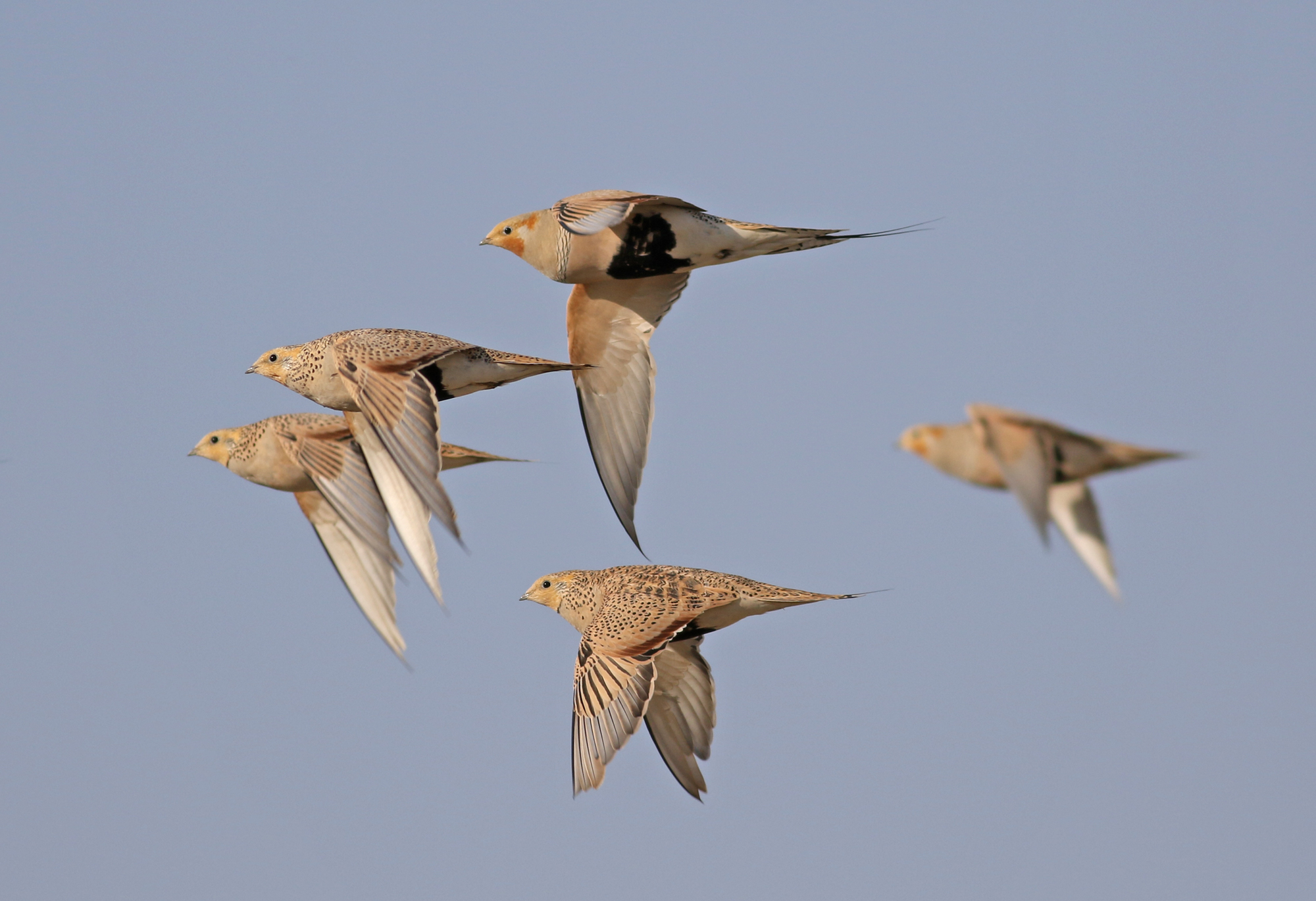 The birds were equally impressive at this time of year with numerous migrants on the move. We found Mongolia’s fifth record of Schrenck’s Bittern as well as more expected species such as Siberian Rubythroat, Eye-browed Thrush, Arctic, Greenish and Two-barred Warblers, Pallas’s Grasshopper Warbler, Asian Brown and Taiga Flycatchers, Chestnut-eared and Yellow-breasted Buntings! Of course we also saw the specialities like Mongolian (Henderson’s) Ground Jay, Saxaul Sparrow, Mongolian (Kozlov’s) Accentor and Pallas’s Sandgrouse too!

We have now completed four tours to this wonderful country during the last two years and based on our experience we have adapted our strategy and timing of our tours to give the best chance of seeing both Snow Leopard and Pallas’s Cat. The timing of our tours also gives a great chance for some exciting birding with many migrants on the move.

The beauty of our tours is that you do not need to travel to far Western Mongolia like so many other tours do. The mountains that we visit in South Gobi have a much higher species diversity than Western Mongolia. Pallas’s Cats are at a high density, Marbled Polecats are recorded regularly and there is also a good diversity of birds including Brown and Mongolian Accentors, Small Snowfinch Eurasian Eagle Owl and more!

So come and join us in August / September 2020!
More photos from our recent tours to Mongolia can be seen HERE

We have recently returned from Mongolia where we were successful with seeing some great birds including: Oriental Plover, Henderson’s Ground Jay, Saxaul Sparrow, Mongolian Lark, Lammergeier, Upland Buzzard, Amur and Saker Falcon, Azure Tit, White-crowned Penduline Tit, Small Snowfinch, White-naped Crane, Demoiselle Crane and 6 Hooded Cranes! As always, mammals played a big part in the tour too and we recorded 30 species including Pallas’s Cat and a brief Snow Leopard!
Click on the White-naped Cranes above to see some photo highlights.

We have just returned from a fabulous tour of Uganda where we were treated to over 470 species of birds and an impressive tally of mammals too including a Serval, Gorillas and Chimpanzees! Bird highlights including the magnificent Shoebill, Grauer’s Broadbill and two wonderful Green-breasted Pittas. You can see some of the tour photo highlights by clicking on Photos & Videos on the main menu above. The group voted for the top five birds and Mammals of the trip as follows:

Recently returned from our first tour to Nepal where we had a fantastic time despite some unseasonal weather! Highlights included wonderful views of both male and female Satyr Tragopan, Grey-side Laughing-thrush, Plain-backed Thrush, Yellow-billed Blue Magpie, Siberian Rubythroat, White-browed Piculet, Great Hornbill, Red-headed Trogon, Bengal Florican and Nepal’s only endemic, the Spiny Babbler to name just a few of the birds! Clear mammal highlight was watching a male Tiger marking its territory in Chitwan NP! Other mammals included great views of Sloth Bear, Greater One-horned Rhino, Bengal Fox and Ganjetic River Dolphin.
We will be running a similar tour to this wonderful country in 2020.

Our very recently returned Mostly Mammals Tour to the Western Sahara has just returned. As the name suggests our focus was during the night looking for some of the very special mammals that can be seen in this beautiful part of the world. We saw 10 different mammal species and highlights included two wonderful Sand Cats, two African Wild Cats, four Fennec Foxes, Ruppell’s Fox, Desert Hedgehog, Fat-tailed Gerbil and a great view of the newly described African Golden Wolf! We also saw a good selection of birds including African Dunn’s Lark, Black-crowned Sparrow-Lark, Cricket Warbler, African Desert Warbler and African Royal Tern. Plus some great reptiles including Horned Viper, Spiny-tailed Lizard and Four-spotted Gecko.This was our first mammal focused tour in this region and due to the success this year, we will certainly be running it again in 2020, so please email if interested as our group size is only five people.

We have just returned from our Minnesota Winter Tour where for the 4th consecutive year we were successful in seeing Canada Lynx! This beautiful cat was seen on 5 days as well as a Wolf and a great selection of birds including Snowy Owl and Northern Hawk Owl, Pine and Evening Grosbeaks and Sharp-tailed Grouse. All set in a wonderful winter wonderland. Be sure to book for 2020 soon as we only have 5 places!

Our new California in Winter tour has recently returned and was a great success with all the key target species seen. Most wildlife tours to California are in late Summer, but winter is also a great time to visit. Mammal highlights included numerous Grey Whales migrating across Monterey Bay, as well as memorable sightings of Risso’s Dolphins and Sea Otters. A highly impressive visit to the Northern Elephant Seal colony at Ano Nuevo State Park with lots of interaction at this time of year. Then no less than 5 separate sightings of Bobcat at Point Reyes, as well as American Badger, Grey Fox, Racoon and Coyotes. Bird highlights included fabulous views of waders and wildfowl in the SFO Bay Area such as Surfbird, Black Turnstone, Western Sandpiper, Long-billed Curlew, Marbled Godwit, American Avocet, Bufflehead, Surf Scoter and Canvasback. Three California Condors gave great views along the Big Sur Coast and both Rhinoceros and Cassin’s Auklets were seen well during our Monterey Bay boat trip. Perhaps the biggest birding spectacle was seeing thousands of Snow and Ross’s Geese in the Sacramento Valley which was quite simply incredible! Other bird highlights included Townsend’s Warbler, Hermit Warbler, Audubon’s Warbler, Myrtle Warbler, Anna’s Hummingbird, Allen’s Hummingbird, Hermit Thrush, Golden-crowned Sparrow, Prairie Falcon, Northern Harrier, Glaucous-winged Gull, Heerman’s Gull and many more!

Add to this some great scenery, accommodation and seeing Monarch Butterflys at their wintering grounds and it is an all round wildlife holiday – Come and join us in 2020

We have just returned from our first two tours to Mongolia and what a fabulous country! A feeling of vast open space that you get in very few places in the world. The scenery is hugely impressive and ever changing during each journey. The people are exceptionally friendly and the food is very good too. Then of course there is the wildlife which is top class! As always we focused on birds and mammals and during the month.

Snow Leopard was recorded by our local guide (see photo below) during the first tour and was regular on our trail camera on the second tour, but frustratingly not seen by the group. Exceptional torrential rain greatly hampered our chances of a Snow Leopard coming to drink at our exclusive site. The rain even resulted in miraculously re-creating a lake overnight that had been dry for 20 years! Ultimately, we were unlucky and cats are always difficult, but we are determined not to end the story here. The area we visit clearly has a good population of Snow Leopards and we believe offers potentially much closer viewing than those visiting other regions of Mongolia.

We have recently returned from another tour to Finland for Wolverines and Bears plus this year’s new extension to see the endangered Saimaa Ringed Seal (one of only 3 species of freshwater seals in the world). The tour was great success with at least 4 different Wolverines seen, a single European Brown Bear and 2 Saimaa Ringed Seals plus a bonus of two different Ural Owls! Other highlights included Common Crane, Honey Buzzard, Hazel Grouse and Red-breasted Flycatcher. Come and join us next year for this popular short break.

Back from another successful visit to the Western Sahara where we enjoyed a fabulous tour full of specialities and some great migration spectacles. An impressive tally of 126 birds and 10 mammals. Just some of the highlights included: Golden Nightjar, African Dunn’s Lark, Sudan Golden Sparrow, Cricket Warbler and African Royal Tern. Plus numerous migrating Bluethroats, Subalpine Warblers, Wrynecks, Redstarts as well as a couple of surprises in the form of a Spotted Crake and the first Great Bittern seen in the region! Mammals were exceptional too with great views of Sand Cat, African Wildcat, Fennec and Ruppell’s Fox and Atlantic Hump-backed Dolphin! A good selection of reptiles were also seen including Sand Viper and Spiny-tailed Lizard.

Just returned from an exceptional tour to Minnesota! This winter tour focuses on trying to see Canada Lynx & Owls and we were overwhelmed with numerous views of both! We enjoyed a total of 7 Canada Lynx encounters and the third tour in a row that we have been successful in seeing this, usually very difficult cat. A combination of warmer weather, good Snowshoe Hare numbers and long hours in the field produced the key target. The owls were fabulous too with 4 Snowy Owls, 2 Great Grey Owls, Northern Hawk Owl and Boreal Owl. Other highlights included Harlequin Duck, Bufflehead, Spruce Grouse, Ruffed Grouse and Sharp-tailed Grouse, Rough-legged Buzzard, Evening Grosbeak, Pine Grosbeak, Arctic Redpoll, Black-backed Woodpecker and Red-bellied Woodpecker. In addition to Lynx other mammals included Bobcat, Northern Flying Squirrel, Moose, Snowshoe Hare and American Marten! Just 3 places left for 2019 – Highlights from Tour below!

We have just returned from a fabulous ten day tour to Brazil’s Atlantic Forest. This two base holiday was just the perfect amount of time to enjoy the birding without rushing around. We spent 5 nights at Itororo Lodge at 1,200M and 5 nights at REGUA Bird Lodge at around 35M above sea level with both altitudes giving an excellent diversity of species. There were simply too many highlights to mention as we managed to see over 300 species of bird of which 94 were Atlantic Forest Endemics! Add to this, wonderful scenery, great Brazilian hospitality and superb food and it makes for a “must do” holiday – Why not join us next year!?